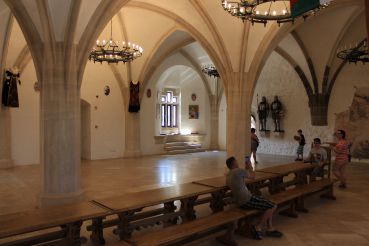 Visiting Diosgyor Castle in the Hungarian city of Miskolc is a journey in time. It is especially interesting to see it when historical festivals and costumed medieval tournaments are held here, and the whole territory seems to come to life and breathe past. Following the link you will see other interesting places of the city.

The first memories of the castle in Diosgyor date back to the 12th century. Although at that time it was not a majestic stone fortress, but only a wooden structure, which was later destroyed by the Tatar-Mongol troops. As Diosgyor is located in the Eastern part of the country – the direction from which the invaders came, King Bela the Fourth decided to pay extra attention to the security of these territories. The result was a modern stone castle.

Golden times in the history of the fortress began in the 14th century, when Hungary was ruled by King Lajos the Great. The castle was his favorite place and under the monarch's initiative it underwent a number of modernizing rearrangements. The first floor was taken under the storerooms, and the second one housed sleeping rooms and a large Knight's Hall.

In its shape, the castle resembled an oval with four corner towers around it. It was surrounded by a polygonal outer wall and a 4-meter deep moat.

From generation to generation, the fortress became an engagement gift for the Hungarian queens, which explains the popular name "Castle of the Queens" and some legends about it. Since the owners often changed, since 1564 the state of the building gradually deteriorated. And when in 1596 the fortress became the property of the Ottoman Padishahs, its political and national importance was lost. In the 18th century, the fortress of Diosgyor suffered a final collapse on the orders of the Habsburg dynasty, which began to destroy the Hungarian castles, so that those wishing to raise the uprising should not have gathered. 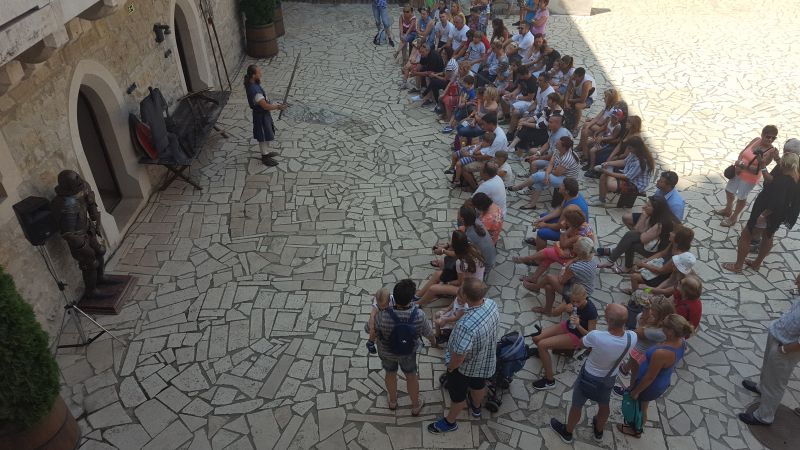 Restoration of the castle Diosgyor started only in 1953. It took place in several stages. The final restoration work ended in 2014. Since a significant part of the stone walls was dismantled by local residents, the fortress had to be rebuilt from other materials of a lighter color. But the original walls were also preserved, so that visitors could see its original appearance. 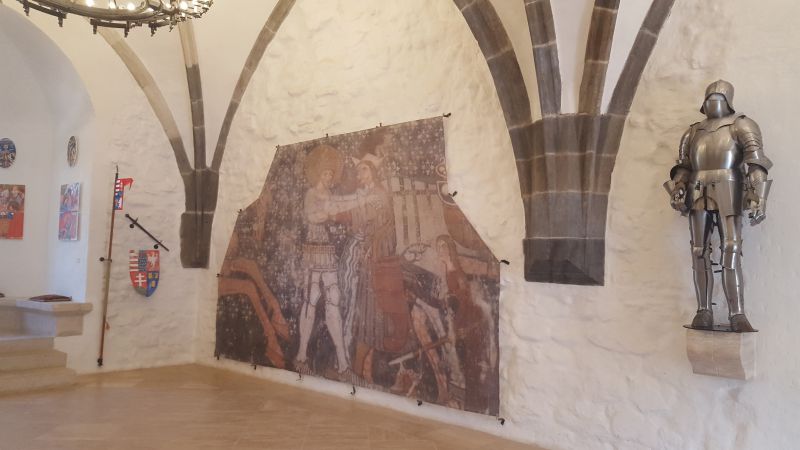 What can you see in the Castle

Nowadays, a historical panopticon is open at the castle of Diosgyor. In each of the four towers there are separate expositions:

You can climb on one of the towers of the castle and watch the panorama of the whole city.

After a major restoration, the castle became a real gem of the city of Miskolc. In 2001, a monument to King Laios the Great was built at his entrance.

Performances from the life of the medieval fortress, which are held here annually in May and August attract a lot of tourists. Here you can also book excursions in different languages, and all visitors are given an information booklet in English.

Diosgyor Castle is located on the Western outskirts of the city, about 8 kilometers from the center. You can get here by tram number 1 or bus number 1, and then walk on foot, following the signs.

Opening hours: from November to March – daily from 9:00 to 17:00; from April to October – every day from 9:00 to 18:00. Next to the castle there is the Tournament Field and you can buy a single ticket to visit it and the castle.