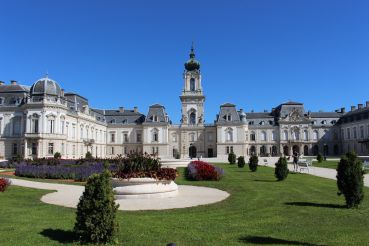 Festetics Palace is the heart of the well-kept Hungarian city of Keszthely – the capital of the north-west of Lake Balaton. It feels like you are transported to Paris! You really do not expect to see the aristocratic Baroque palace in the pretty little town that reminds you of France. Around it there is a romantic park, similar to the scenery for the movie about royal love. We ask you to join us on the excursion around one of the most famous palaces of Hungary.

By the way, all articles about attractions on Balaton include Festetics Palace. 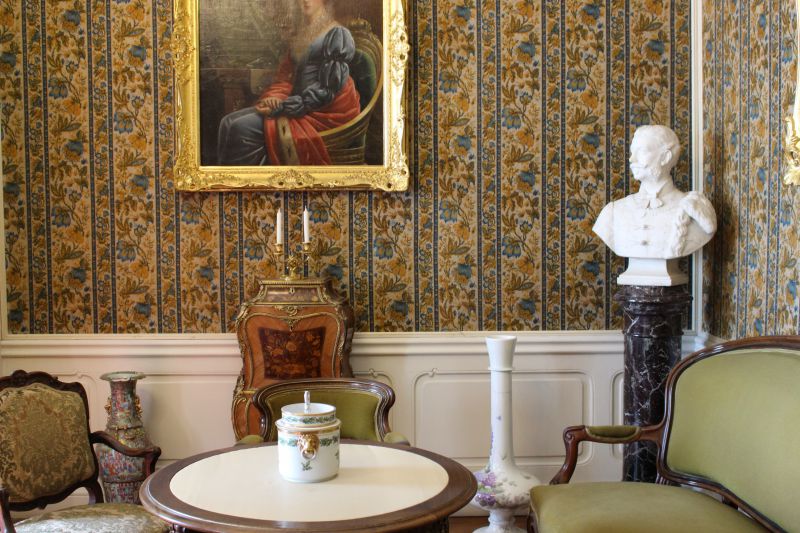 History of the palace

The palace and park complex appeared in the middle of the 18th century. Its construction had lasted for more than a century! It was built thanks to the efforts of one of the richest and most noble families of Hungary – the Festetics. Palace in Keszthely became one of the best in Hungary and beautiful works of art are collected inside its walls.

The Festetics were famous patrons who sought to maintain and develop education, literature and art. Thanks to this family a gymnasium appeared in the Hungarian town – the first agricultural school in Europe (it still exists today, but as a university faculty). Also a therapeutic bath on Lake Hévíz, a hospital, a pharmacy... 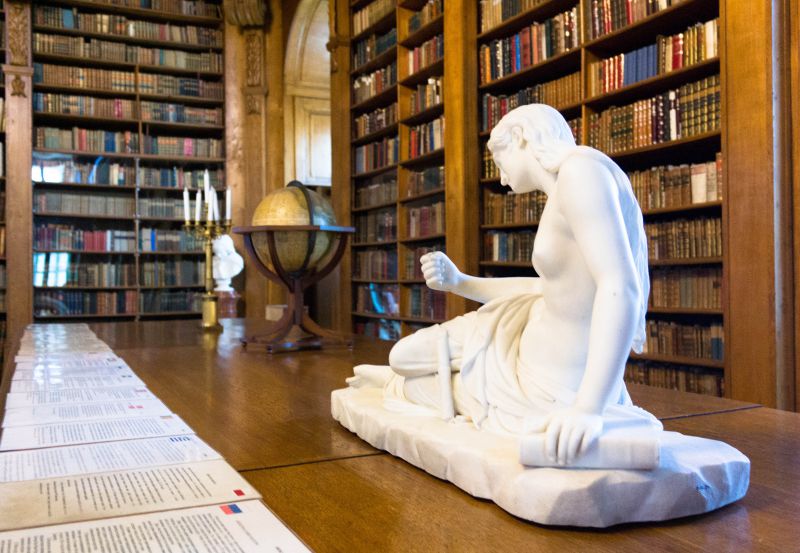 It is not surprising that the palace breathes with luxury! It is preserved to the present day: the castle was lucky and it was not damaged during the World War II. And now it is maintained in excellent condition. Of course, the representatives of the famous family no longer live in their family abode: they left it in 1944. Although their descendants are now living in Austria, from time to time they make a visit to their ancestral home.

The guest wing is now open for visits. Different halls of the palace are dedicated to the representatives of the Festetics family, who made the greatest contribution to the development of the region and the country. 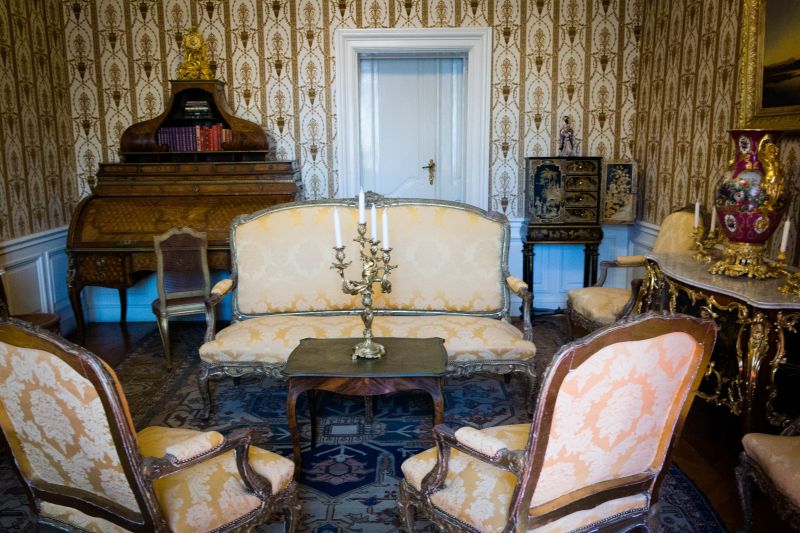 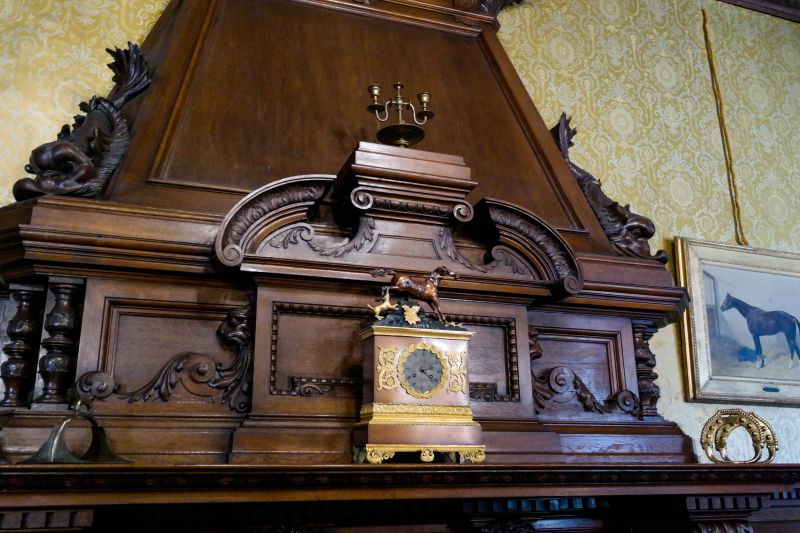 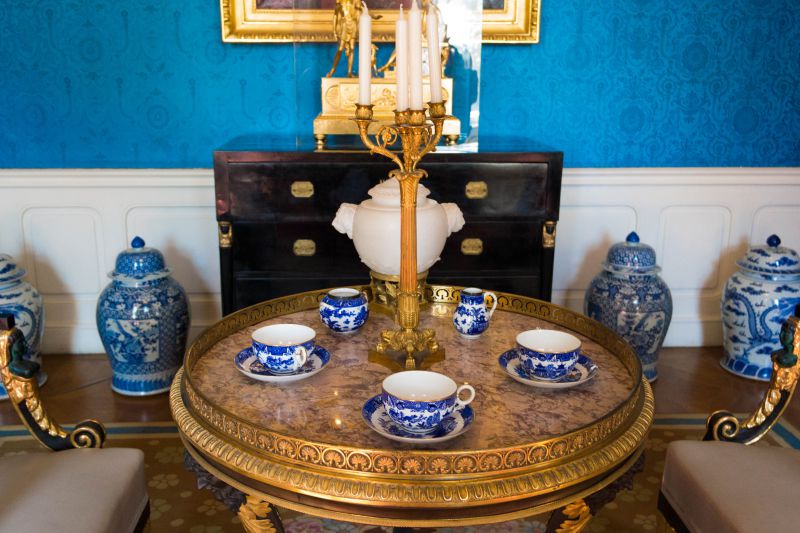 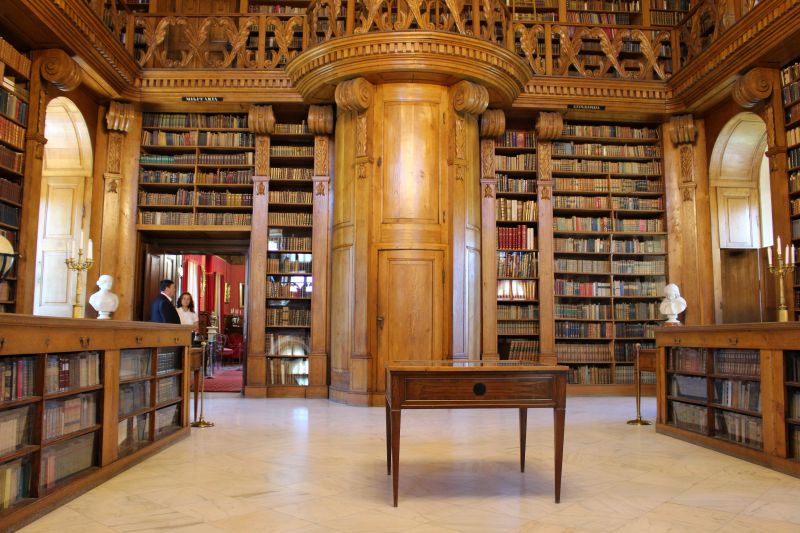 Just look at the fancy monograms! And the mezzanine, decorated with woven branches. The appearance of the library remained completely untouched: exactly the same as it was at the end of the 19th century. It has 80 thousand books and engravings. The most important treasure is the autographed music notes of the famous composer Franz Joseph Haydn. All these relics miraculously survived during the World War II. The Soviet major Ilya Shevchenko saved them. He was the first to see the library after the liberation of Keszthely. Together with the keeper of the library, they laid it with bricks, and hung the inscriptions in Russian and Hungarian – "The zone of chemical contamination." Hunters for war trophies were afraid to go inside. 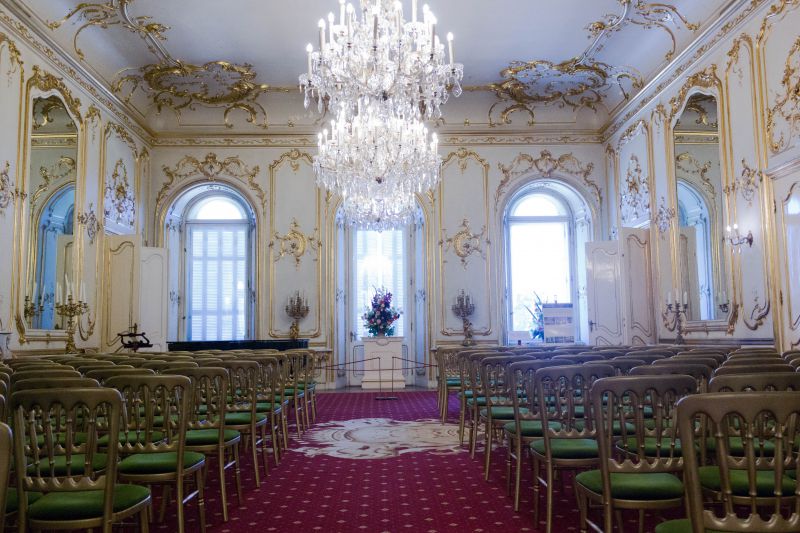 When you get a little tired from the royal boudoirs, look into the fun interactive room. It is alive! Everything is spinning, twirling, talking! It is the most interesting place for children. And only here you can understand the Festetics family tree – during the tour it is easy to get confused in the names. And right here everything is on smartboards. 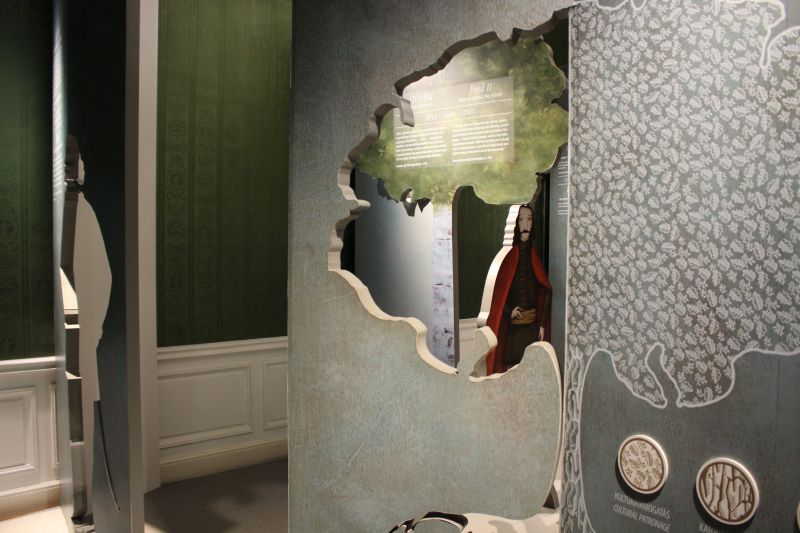 Climbing up the tower of the palace is a thrilling adventure! A couple of dozen steps up the spiral staircase, and you are at the top. It is worth it: a magnificent panorama of Lake Balaton! It turns out it is so close! And the city itself is right in front of you. 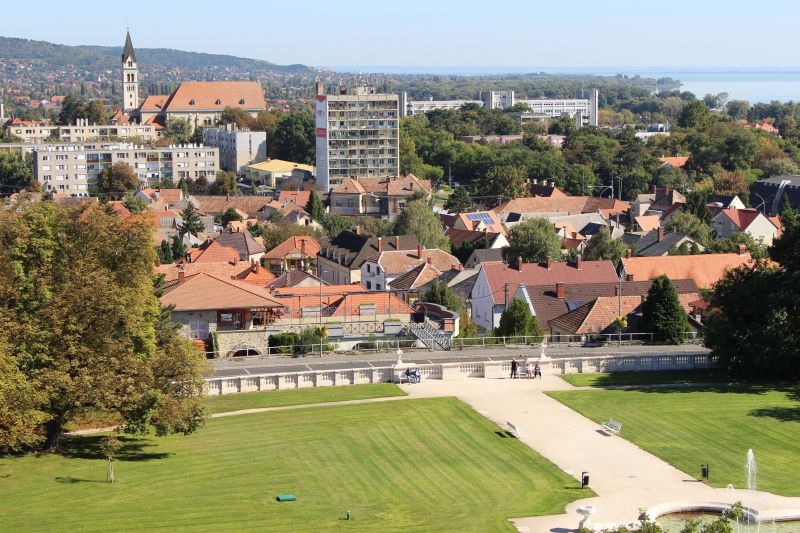 After a walk through the luxurious chambers, you must stroll through the magnificent park. You are surrounded by the sprawling trees, which are already several hundred years old, intoxicating aromas of flowers, music of fountains. All this grace is completely free: you do not need to pay for the entrance. 70 thousand flowers are blooming every year, delighting with their charming scent. There is a majestic fountain in front of the palace, and in the courtyard there is a small pond and turtles live in it. 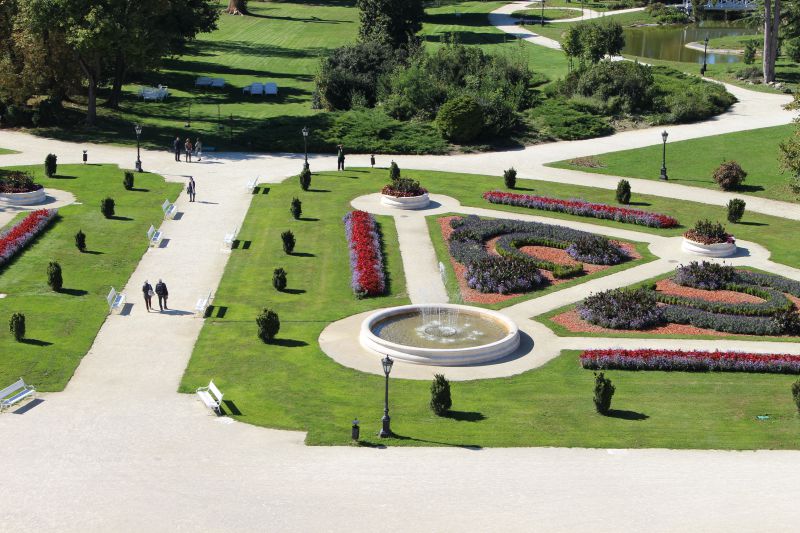 In the park complex there is a palm house, preserved from the end of the 19th century. The tropical greenhouse opened its doors to visitors in 2012. The collection has plants from different parts of the world, from Florida to Tahiti. There are more than 500 hibiscuses! Maestro Eiffel himself, the author of the Eiffel Tower, worked on the metal forging that adorns the building.

You need a cup of coffee in order to prosses all the information presented by the guide. You can drink it right there in the palace, in an amazing coffee shop: it is all hung up with old clocks! You can sit with coffee on the terrace, in the park. And we want to tell you the secret: in the castle there are notable wine cellars of Festetics, where you can enjoy Hungarian wines :)

Festetics Palace has become a museum, which hosts many interesting events! For example, magical evenings: ladies and gentlemen dress in Baroque outfits and stroll slowly around the palace with glasses of champagne.

Opening hours: depends on the season. Please note that ticket offices close half an hour before the museum closes.