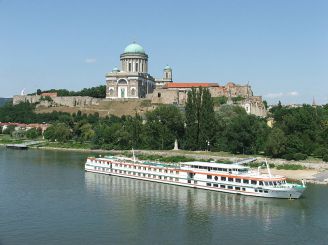 The Danube-Ipoly National Park (Duna-Ipoly Nemzeti Park) is a huge nature reserve in the north of Hungary. The park includes 3 regions of the country – Pest, Nograd and Komárom-Esztergom, and is the second largest national park after Hortobágy. Low mountains and hills, river valleys and plains stretch on its territory. Landscape and natural diversity will amaze you! And the park is located not far from Budapest.

History of the region and the park

The natural beauties of the region made it attractive at the dawn of humanity. The archaeologists have found evidence of people staying in many caves of the park, here, beginning with the Stone Age. Later, various nomadic tribes and nationalities passed through here regularly. But already in the 1st century the Danube in this area became a frontier zone of the Roman Empire. After the fall of this great state, the territory was populated by scattered tribes. And finally in the 10th century, it was here that the Kingdom of Hungary was born. Over time, in the Middle Ages, many cities and towns, fortresses and churches were built in the region. In the 15-16 centuries the territory of Hungary became a battleground with the Ottoman Empire. After the liberation of the country, the region was a fairly quiet and peaceful place until the Second World War.

Agriculture, extractive industry was actively developed here. Beautiful nature attracted many artists and writers to these places, many artists who are proud of the Hungarians, were born in this region. It is noteworthy that exactly here, in the city of Visegrád, near the beautiful bend of the Danube, in 1991 the heads of Hungary, Czechoslovakia and Poland signed a declaration on European integration.

Already in the second half of the 20th century, in the present territory of the park, nature reserves and nature protection zones began to be created. Later they were merged into a national park. And its main goal is not only the protection of natural resources, but also their augmentation and work with the population of the country.

Information about the park

Attractions of the Danube-Ipoly National Park

In addition to environmental protection, the administration of the park actively conducts environmental education of the population. The infrastructure of the park is well developed. There are many hiking trails, including educational, various gardens, caves, schools and museums. Also there are zones in which the entry is forbidden for tourist – these are nesting places for birds, which cannot be disturbed. Below there are the most interesting places of the Danube-Ipoly National Park.

In addition to all of the above, it is definitely worth visiting some of the towns in the national park. It is good for the tourist that they are all located along the same road, to the West and North-West from Budapest.

In the visitor centers you will find all the necessary information about hiking trails and interesting places in the park. Also there are educational programs and excursions.

Since all the attractions of the park are quite scattered throughout its territory, it will be most convenient for you to begin by visiting the Administration of the Park. It is located in Budapest, on its western outskirts, on Költő u. 21. Take buses of routes 21, 21A, 60, 212, 990, go out at the stop Svábhegy. You can get there on the tram, route 60, and get out at the same stop.