Getting around Balaton: a complete guide

Balaton is the largest lake in Europe. Its coastline stretches for 236 km! Once you are in one of those cities on the lake, sooner or later you will find yourself wondering about the transportation in the Balaton region: how to get around the city, how to get to other towns and villages, whether it is possible to use water transport, whether it is necessary to rent a car.

The IGotoWorld Team investigated the matter, tried everything themselves and prepared for you a selection of all sorts of ways to get around and through Balaton. 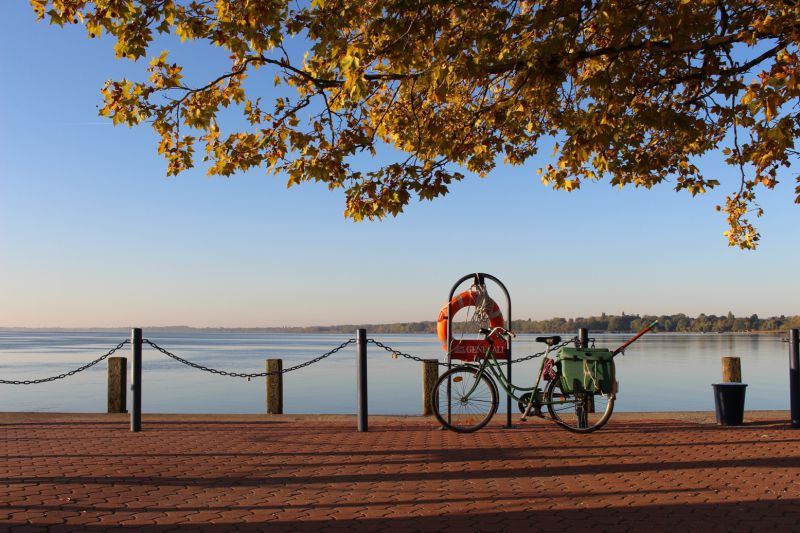 There are about 20 settlements surrounding the lake. Most of them are small charming villages. Larger cities of Balaton:

Rail connections in the Balaton region

The railway goes around Balaton. The trains of the north and south of Balaton differ. The main line through which trains from major cities travel runs in the southern part. The northern part is intended more for diesel trains with a speed limit of 80 km / h. 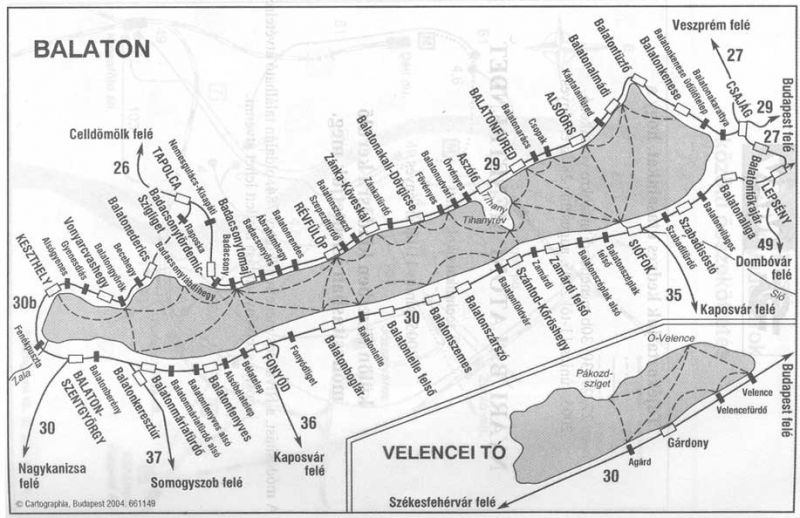 There are two main railway lines at Balaton:

Features of railway transport in the Balaton region: 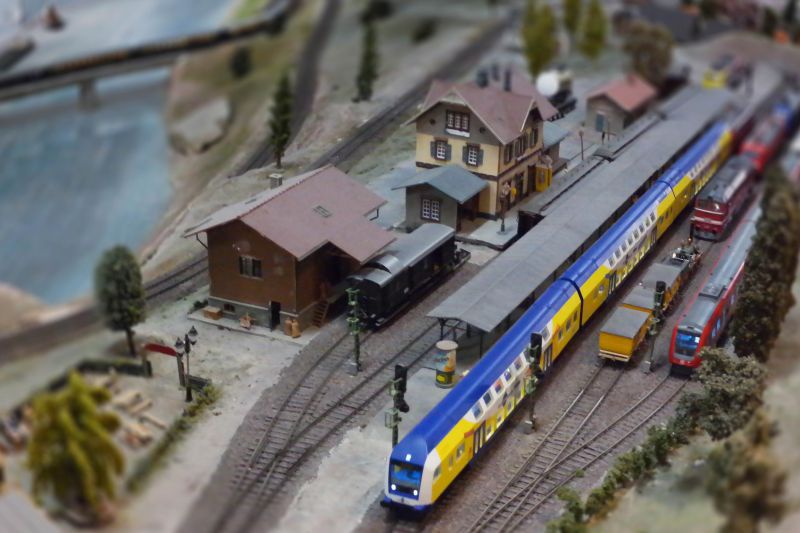 Picture taken in the Hunting and the Model Railway Museum in Keszthely.

Where can I buy a ticket?

You can find a more detailed schedule and purchase tickets online on the official website of the Hungarian State Railways.

Getting around by bus

Buses will help you get to the places the trains can’t reach. However, unfortunately, they are rather slow when compared to traveling by car.

Features of the bus connections

Where can I buy a ticket?

The largest Hungarian carrier is Volanbusz. Tickets can be purchased online, the prices and schedule can be found on the official website. However, there are smaller companies that offer transportation services at Balaton. Their websites only have timetables, all the information is presented in Hungarian :) It could be convenient to use aggregator sites that collect data from various sources if you want to find out more about schedules. If you cannot purchase a ticket online, you can buy it at the bus station.

There are amusing trains traveling in two tourist villages – they can be easily called a local landmark. They not only serve as the only means of transportation – the trains are used for tourist tours since their route goes through the most exciting places. 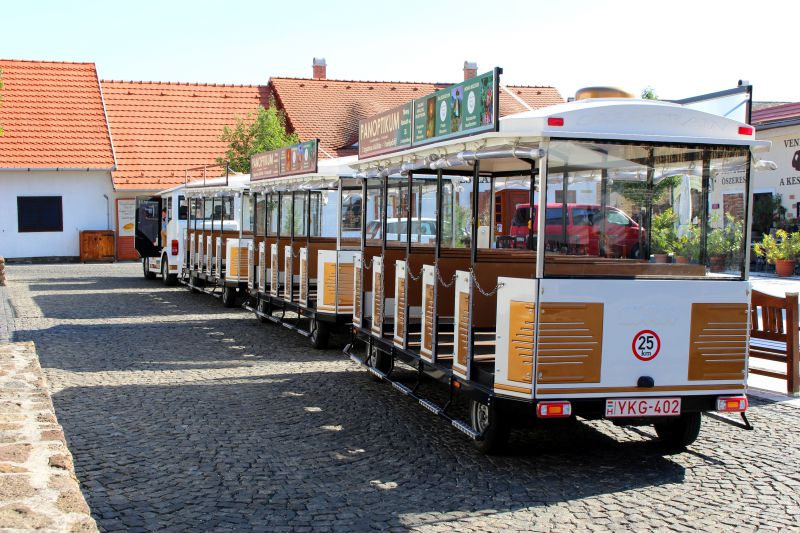 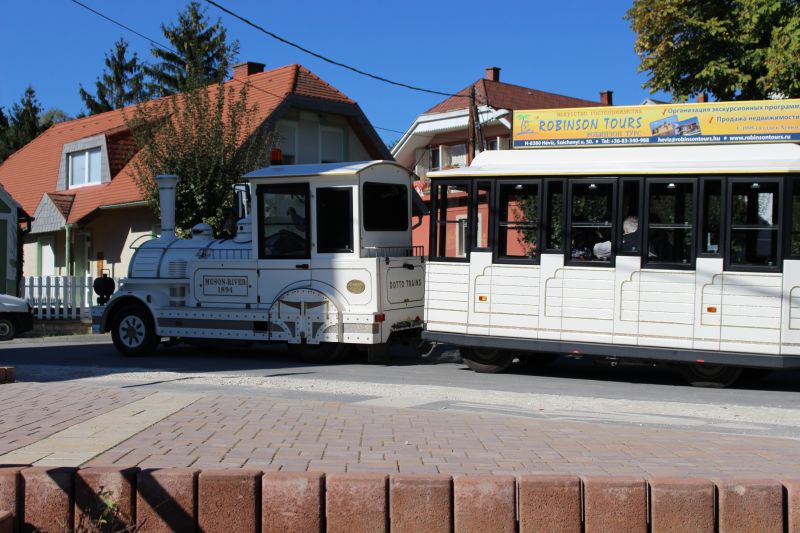 Here is what kind of transport can be rented on the Tihany Peninsula :) 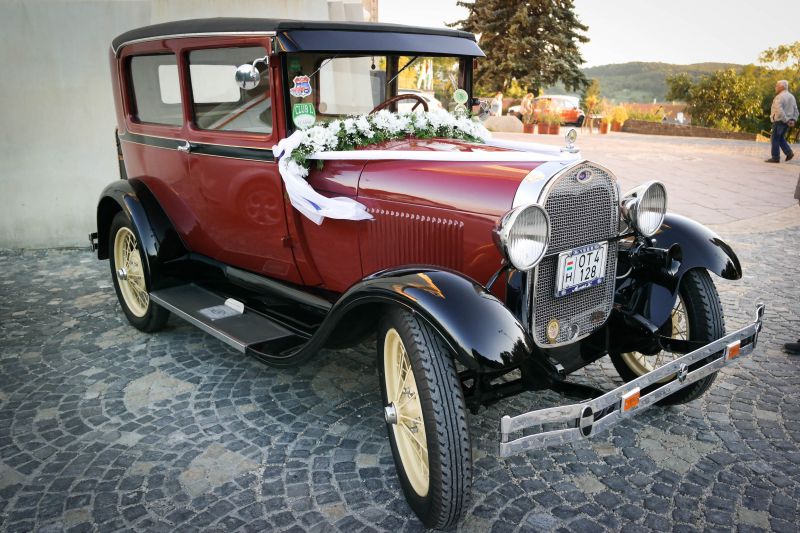 Photo taken near the Tihany Abbey.

Getting around by car

Of course, it is the car that gives freedom of movement around Balaton. This is a fast and convenient way to visit all the interesting sights in the region. Especially when you only have a week and want to sightsee everything! Obviously, the IGotoWorld Team chose this way of transportation as the main one. We would not have made even half of our discoveries if we used only public transport. Although the public transport network in the Balaton region is quite well-developed. 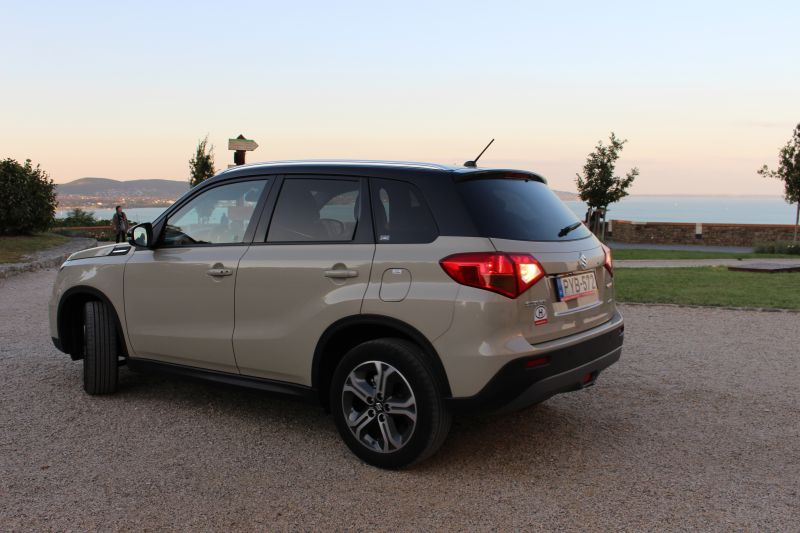 Our motorhome :) Photo taken on the observation deck in Tihany.

The southern and northern highways at Balaton:

However, if you can go anywhere, you wish and want to get to know Balaton, then do not follow highways! Turn onto bypass roads to discover a world of small Hungarian villages and stunning panoramas. Roads that offer beautiful views: 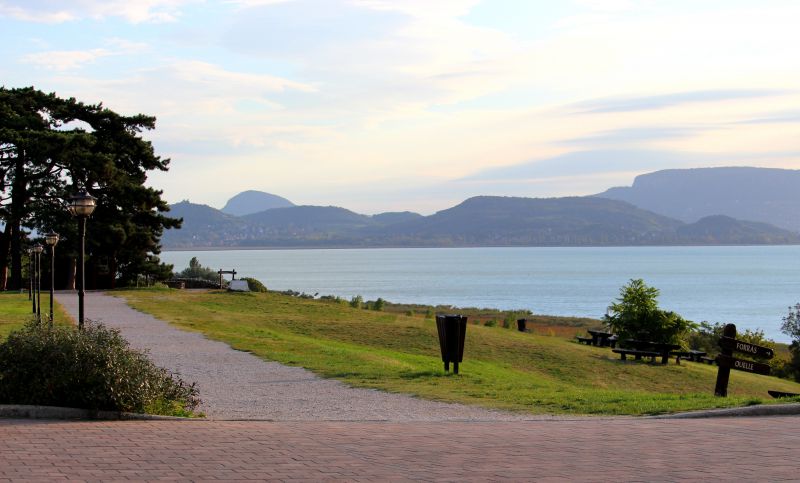 Photo taken from the viewing platform between Vonyarcvashegy and Szigliget. 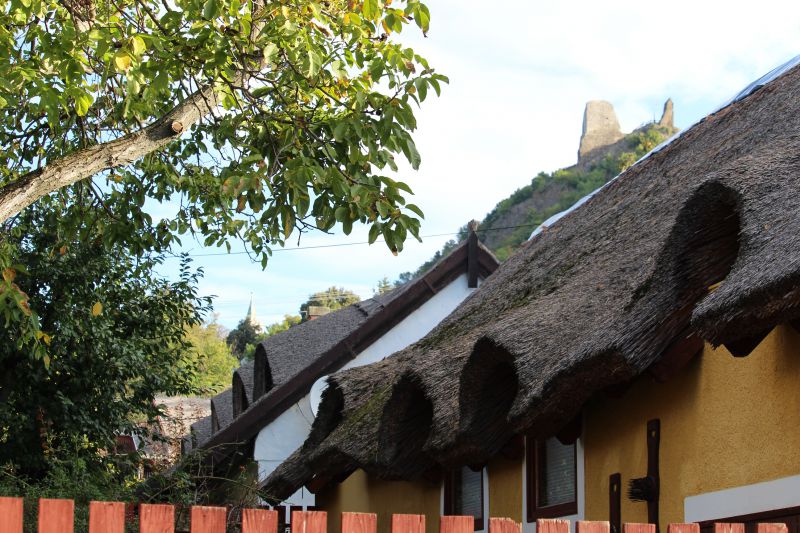 The riverfront of the Tihany Peninsula offers an incredibly beautiful panorama. There is a car road, a bike path and you also can walk on foot here. There are open gazebos and both free and paid beaches. Coordinates: 46.900263, 17.897551. 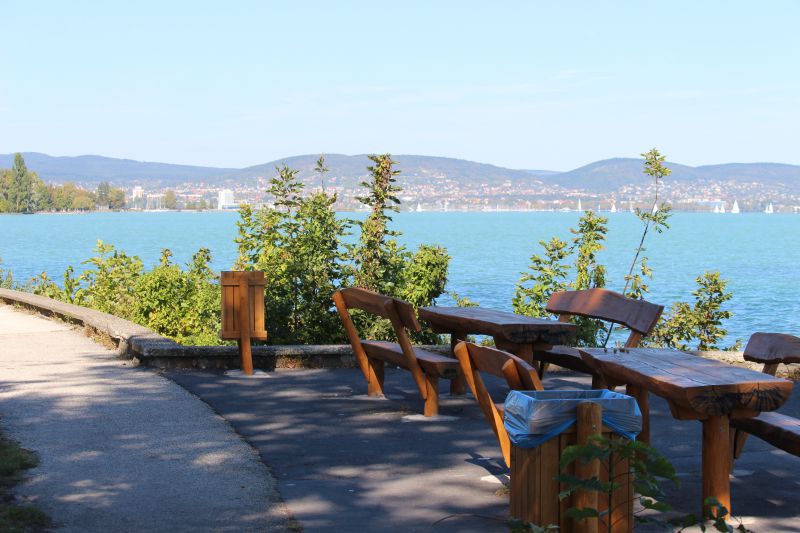 We rented a car right away after the arrival in Budapest, at the airport, with the help of Avis. Everything was arranged on the spot in just a few minutes. Spacious SUV was waiting for us outside. It was practically our home for the entire week, every day we left early in the morning and returned late in the evening.

To find how to rent a car in Hungary, keep on reading.

What you need to know if you are traveling by car around Lake Balaton:

Biking in the Balaton region

If you are handy with bicycles, then you do not need cars, buses or trains. Just rent a bike. 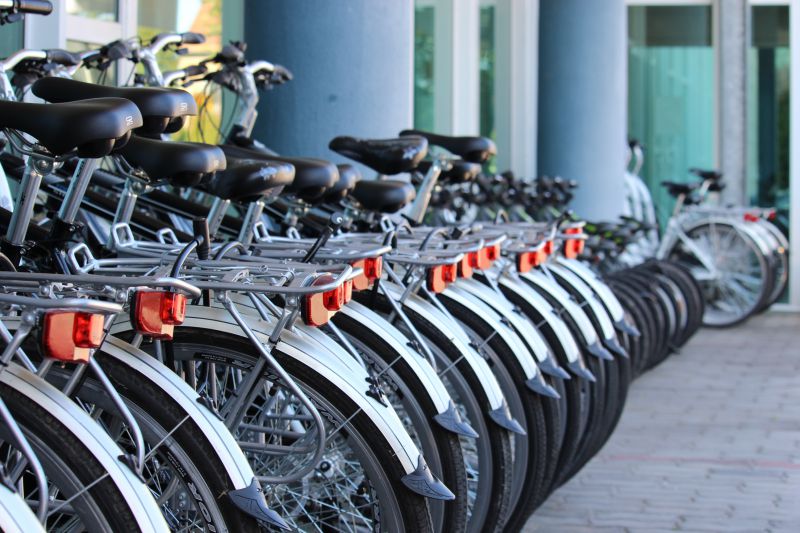 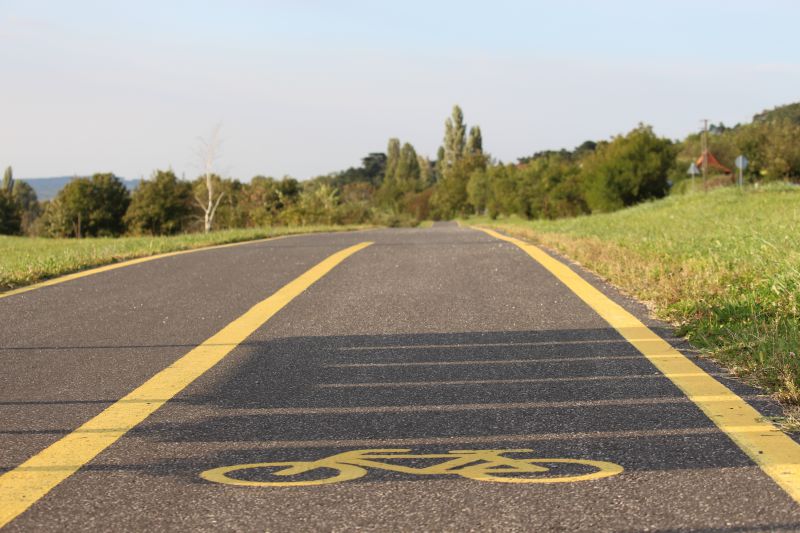 The northern part of the Hungarian sea is the only place where you will find hilly terrain. The southern and eastern shores are completely flat. If you wish, you can not only go from one village to another but also go on a round-the-lake trip as well. Many do so and book accommodation at the place of destination. If you get tired or want to travel to the neighboring shore quickly, this can be done in Tihany by ferry.

All these questions will be answered in the IGotoWorld article: “Bike tour around Balaton.”

It is more convenient to travel around the region by water. If you do not have a car, you will save time on trips from the southern part of the coast to the northern and vice versa. There are 22 piers on Lake Balaton. You can travel by boat, ferry or on a yacht. 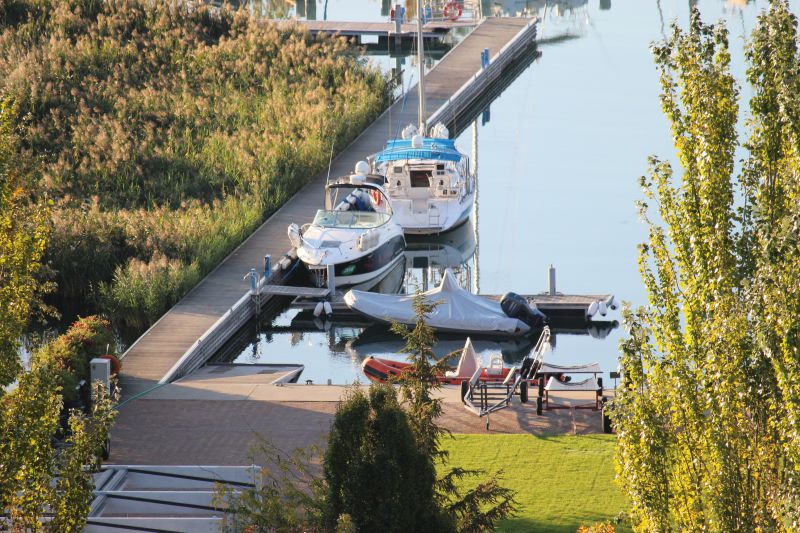 1. Ferry. The narrowest point is between the Tihany Peninsula and Szántód. This is where the ferry plies. It is convenient to get to the other side with a bicycle or car. 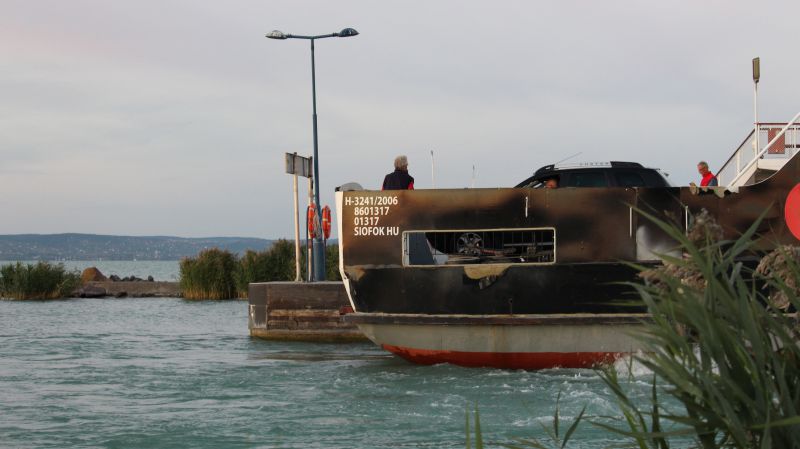 2. Ships. They offer both regular transportation services and sightseeing tours between the Balaton cities. In 2018 the water transport had 15 routes. The main port of Balaton is Siófok. A ticket from there to Balatonfüred is 1,400 forints.

3. Moreover, there is also a water taxi and unique fun boats for children. 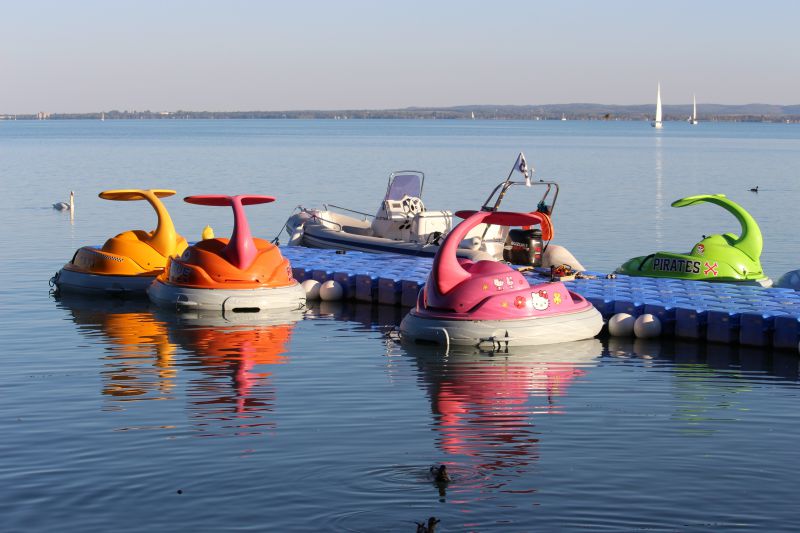 A tour program where kids are entertained by cartoon characters is available as well. Such a ship departs from 3 ports – Siófok, Balatonfüred, and Badacsony. The ships start plying the waters of Balaton on Easter. 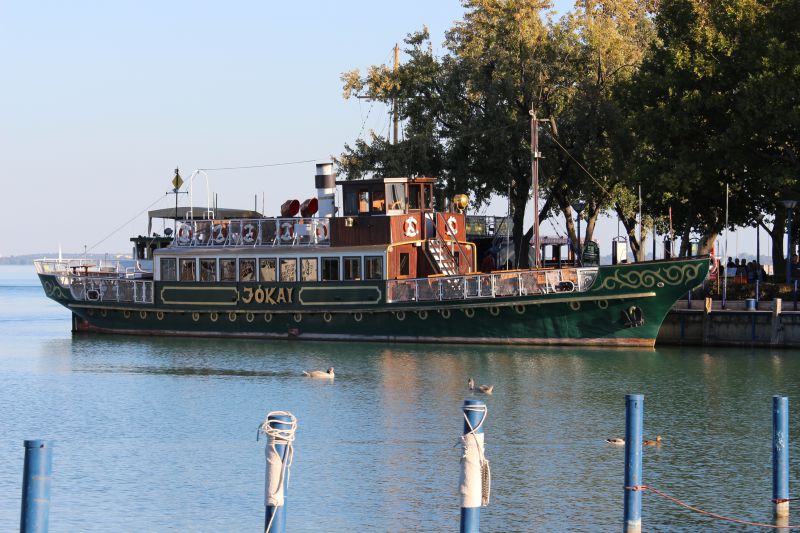 To find out more about water transport of Balaton and water activities read the article: "Water tourism at Balaton."

Getting around Balaton and traveling through the lake itself is easy: this is a tourist region after all! Here you will find excellent roads that will delight any cyclist and motorist. You will also get the opportunity to enjoy cruises and comfortable train rides. And make a lot of discoveries! Have a nice trip!

Photos in the article were taken by IGotoWorld Photo Group.

You may find interesting:

The best promenades and beaches of Balaton: 12 locations

The best restaurants and cafés on Balaton: 14 places with delicious cuisine